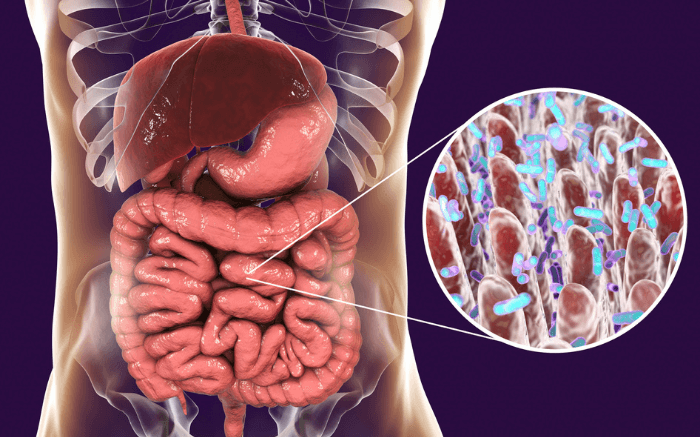 Are you suffering from gastrointestinal distress that just won’t get better no matter what you do? It is possible that what you are experiencing is due to SIBO (small intestinal bacterial overgrowth). This would mean that you need more directed help in order to feel better!

Small intestinal bacterial overgrowth (SIBO) is a condition where the bacteria in the small intestine are growing in much larger numbers than usual.

The small intestine’s job is to absorb nutrients from the food we eat, continuing digestion after food leaves the stomach. The small intestine is the longest portion of our gastrointestinal tract, and normally contains a relatively low concentration of bacteria relative to the large intestine.

Many people generally learn that bacteria are bad or unhealthy, but the reality is that certain bacteria naturally live in our digestive tract as normal and beneficial microbiota. These beneficial bacteria help prevent other bad bacteria from colonizing and making us sick.

With SIBO, these bacteria have surpassed protective numbers and they are no longer beneficial. The bacteria have often relocated from either the mouth or the large intestine into the small bowel. Here, they start competing with you for nutrients, causing inflammation, and leading to many other health complications.

SIBO is actually a symptom of a larger problem. There are many things that can go wrong in the digestive tract that pave the way for SIBO, so what are the things that can lead to SIBO?

Healthy digestive tracts are designed to prevent SIBO in numerous ways. The acidity of our digestive juices usually kills most bacteria in the stomach, and any remaining microbes are usually destroyed by bile in the duodenum.

Also, the ileocecal valve blocks the passage of bacteria from the large intestine backwards into the small intestine. All of these things usually help prevent the overgrowth of bacteria in the digestive tract. So what happens when these protections fail?

Without the proper amount of stomach acid, bacteria that would typically die in the stomach can now sneak their way into the small intestine.

Disruptions to bile flow leads to a reduction in the antibacterial nature of our digestive system, promoting small intestine bacterial growth.

The bacteria entering our small intestine can come from contaminated food or water. They could even be the bacteria that naturally live in the mouth. Sometimes these bacteria are detrimental to our health; secreting toxins that trigger food poisoning with extremely uncomfortable symptoms, inflammation, and can even lead to the paralysis of the MMC.

The job of the MMC is to sweep undigested food and bacteria through the digestive tract between meals.

When the MMC malfunctions, bacteria hang out in the small intestine long enough to flourish, a root cause of SIBO. Anything that leads to the dysfunction of the MMC can cause SIBO because the housekeeping isn’t taking place, leaving food in the small bowel for bacteria to thrive on.

SIBO can also be a consequence of gastric or abdominal surgeries, constipation, or anatomical structural abnormalities that cause obstructions in the intestines.

Blockages further in the system can lead to bacteria from the large intestine migrating upward through the GI tract and ultimately translocating into the small intestine where they don’t belong.

An overarching root cause of SIBO can actually be stress, which leads to issues with the gut-brain connection.  The underappreciated vagus nerve connects our mind and digestive system, sending signals from digestive organs to the brain and vice versa. This nerve innervates nearly every organ in our torso, supplying them with parasympathetic, rest and digest impulses.

Stress inhibits the vagus nerve, leading to the sympathetic, fight or flight responses predominating. Digestion is halted during stressful situations, because energy is needed elsewhere in the body in preparation to escape or battle a potential threat.

When digestion is halted, less stomach acid is produced. Another consequence is that the MMC will shut down, leading to the stasis of food and bacteria in our system. It all comes together… stress can cause the problems that lead to SIBO!

This can turn into an unrelenting cycle where you start off stressed, then your gut starts acting up, then you become even more stressed due to the gut issues, which never improve because you’re stressed out! Yikes, deep breaths…

Symptoms of SIBO include:

Other signs to watch out for are the outcomes of malabsorption: anemia, weight loss, and certain nutrient deficiencies.

SIBO co-occurs with many other conditions including:

According to the SIBO Academy, around 1 in 5 adults in the United States have IBS – and over 1/3 of these cases also have SIBO. There is also a high correlation between SIBO and NAFLD (non-alcoholic fatty liver disease) due to the accumulation of bacterial toxins that cause inflammation.

Since SIBO can present with a wide variety of symptoms and comorbidities, both GI and non-GI, it can often be difficult to identify based on symptoms alone. The non-GI symptoms are neurological and psychological, resulting from dysfunction in the gut-brain connection. It is important to take note of and communicate any symptoms you experience.

SIBO can be detected through hydrogen and methane breath tests, which measure the production of these gases within your digestive system.

The SIBO breath test involves drinking a sugar solution containing either glucose or lactulose, and then periodically blowing into a tube to measure the amounts of gas present over time. Blowing into the tube at specific intervals over a period time is important because the timing is what indicates the location in your digestive tract where these gases are being produced.

Breath tests are valuable because our bodies don’t produce these gases – the bacteria do. Bacteria thrive on carbohydrates for energy by fermenting sugars and producing methane or hydrogen gas as a result. In healthy people, the bacteria of the large intestine are exclusively responsible for this gas formation.

With SIBO, the small intestine bacteria also end up producing these gases. Elevated levels of these gases within a certain timeframe of the test can expose the presence of SIBO, suggesting a decreased ability for your body to absorb nutrients and signaling to other potential issues.

There are 3 types of SIBO, dependent on which gas is being produced:

It is possible to have more than one type of SIBO present at once, especially methane- and hydrogen-dominant types. Unfortunately, there is not a test available for hydrogen sulfide SIBO yet, but that could change in the near future. (There is now a H2S test, but it has not been recommended by professionals yet)

Treating SIBO is crucial because without intervention, the negative symptoms will persist. This can lead to malnutrition resulting from the decreased absorption of nutrients.

SIBO can lead to nutrient deficiencies of iron, fat-soluble vitamins (A, D, E, K), vitamin B12, and calcium. SIBO can also prevent absorption of macronutrients: proteins, fats, and especially carbohydrates. Deficiencies in any of these nutrients can lead to other complications that can negatively impact your health.

Antibiotics can be used to treat SIBO by killing and removing bacteria from the gut. Initially, this may sound like exactly what we need, but remember that a certain amount of gut bacteria is actually favorable.

SIBO is not an infection and will not respond to treatment the same way infections do. Antibiotics kill both the overgrowth and the beneficial bacteria that aid in digestion. About half of the time, antibiotics for SIBO will return due to the fact that one’s diet and lifestyle often need to be adjusted in order to prevent recurrence.

The most effective approach to treating SIBO and maintaining a healthy gut post-intervention is to utilize the 5R protocol which addresses more than just the removal of the bacterial overgrowth.

The 5R Protocol is an all-encompassing approach that directs attention to all of the factors that can impact recovery.

Getting rid of the bacterial overgrowth is the first priority, so how do we accomplish that? Many of the diets for SIBO that may be recommended to starve the bacteria can be stressful to follow, difficult to understand, and time consuming. These diets can be extremely restrictive, leading to orthorexia (food obsession) or even further nutritional deficiencies.

There is one diet for SIBO that is easy to follow. It effectively starves the bacteria in just 2 ½  to 3 weeks all while still providing adequate nutrition to the body. This diet for SIBO is called the Elemental Diet. Following this diet for SIBO requires consuming only a medical, complete-nutrition beverage for 2 ½ to 3 weeks.

This diet can be just as effective as herbal or antibiotic interventions. This makes it a great option for those with stubborn cases or those who want quick results. It is similar to fasting, so social support along with constant contact with your dietitian is essential to ensure lasting results.

After completing the Elemental Diet intervention to remove SIBO, the rest of the 5R protocol should be followed in order to sustain gut healing and prevent relapse.

In the same way that gut health issues don’t appear overnight, SIBO won’t vanish overnight. But with a little time and effort, you can heal your gut microbiome and go back to living your life with less stress, less discomfort, and improved wellbeing!

Do you think you have SIBO? Instead of sitting in doubt, make an appointment today to take the next step to improve your gut health! 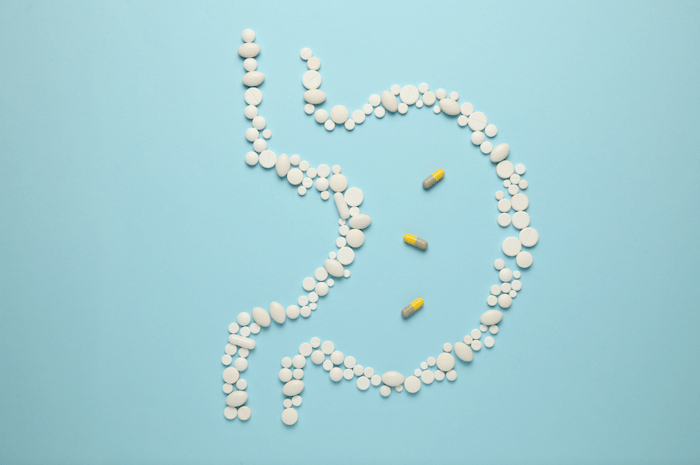 Low Stomach Acid: Why it Matters and How to Fix It

Digestion begins in the mouth, but it definitely does not end there. After…
Read More 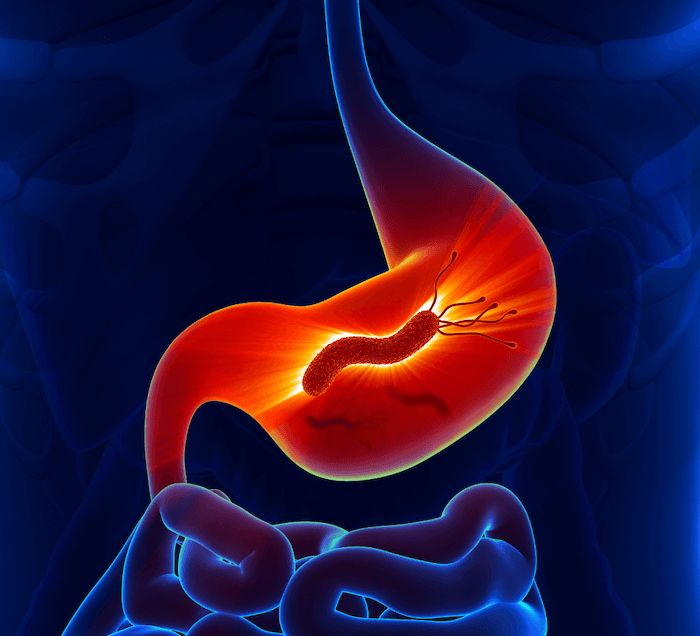 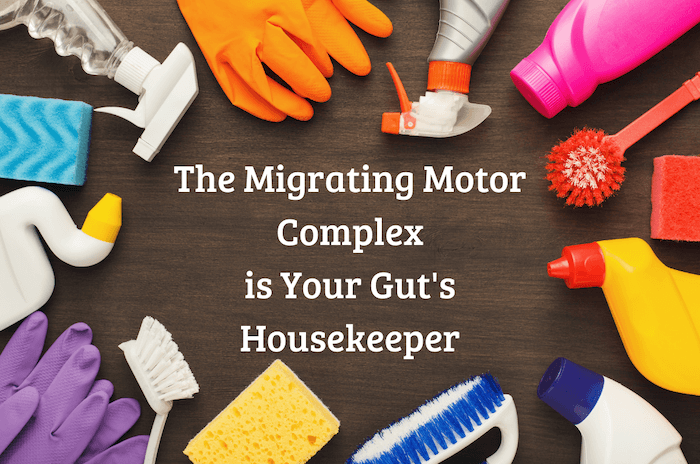 Imagine… you’re sitting in class taking an exam, or waiting to be called…
Read More